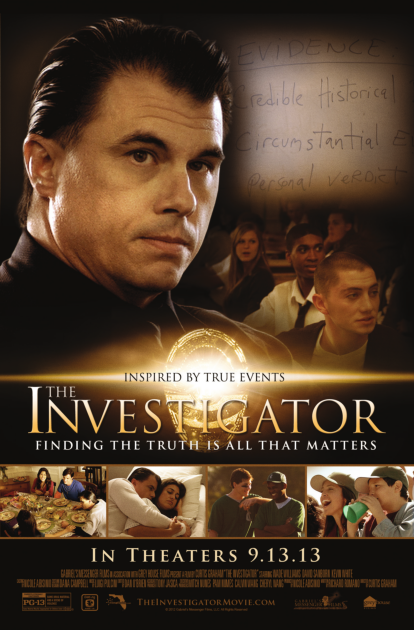 This excellent, family-friendly film, featuring very talented actor Wade Williams in the starring role of a police sergeant, the main character in the story which in reality depicts Richard Romano, takes us along Rich’s true-to-life journey through horrible tragedies, both during his distinguished career as a NYPD detective, & in his personal life as well, tragedies that our sovereign & merciful God used to eventually drive Rich to his knees to call upon Jesus Christ as his Lord, God & Savior.

The film also portrays how God used a classroom project Rich was leading his students through at a private school on Long Island, NY (where he served on the faculty after his “earlier-than-hoped-for retirement” from the NYPD), to reveal to himself that the Biblical claims of the person & work of Jesus Christ are indeed TRUE FACTS of history & ETERNAL REALITIES!!