A Blast from the Past: February 13, 2008 Show with William Shishko on “Suicide: A Christian Response” 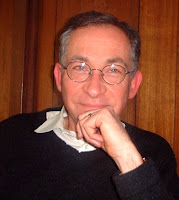 Most if not all of us has either had a friend or loved one who has committed suicide, or we know someone who has had someone close to them take their own life. Christians must obviously respond to this issue with great sensitivity and prayerful thought. On the one hand, you have Roman Catholics who believe all those who commit suicide (if they do not live long enough to receive the “sacrament of penance” or the “last rights”) will certainly be in hell. Even many Arminian Protestants believe those who commit suicide will certainly be in hell since it is a sin you cannot repent of. On the other hand, many modern Evangelicals preach a gospel that does not necessitate repentance in the heart of the believer, making a choice such as suicide more appealing to the severely depressed individual who has accepted this false notion.

Pastor Shishko will attempt to approach this vital subject with the biblical balance that enables believers to comfort those who grieve after the suicide of a Christian loved one, while at the same time not offering the severely depressed a false peace in finding suicide as a valid option for escape.

During Pastor Shishko’s time ministering to the Franklin Square congregation the church has been blessed with significant numerical growth, and has overseen the formation of two mission churches, one in Mount Vernon, NY and the other in Bohemia, NY.

Pastor Shishko has been privileged to serve on various presbytery committees, and also on the OPC denominational Committees on Coordination, Ecumenicity, Home Missions, and Christian Education. Along with his regular pastoral duties he currently serves as one of the instructors for the Ministerial Training Institute, OPC. He is also an Adjunct Faculty member of Greenville Presbyterian Theological Seminary, Taylors, SC, where he teaches in the department of Applied Theology. He has written numerous articles for the OPC publications NEW HORIZONS and ORDAINED SERVANT, as well as magazines such as The Banner of Truth . His public ministries have taken him to various foreign mission fields, including Suriname, Cyprus, Egypt, Uganda, China, Eritrea, and Wales, and his conference ministries have been carried out in a number of states in our own nation. In addition to these, he continues to make use of his radio training by producing and hosting a variety of programs that are periodically aired in the metropolitan New York area.